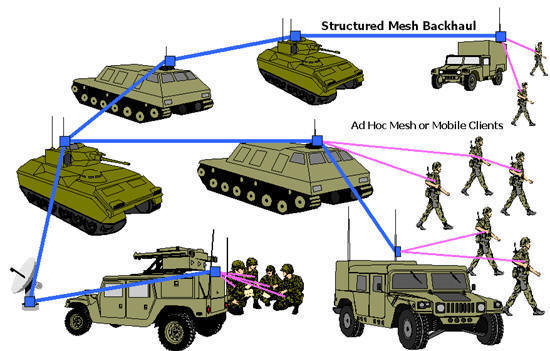 ST9601MS is keep with The network of wireless ad-hoc networks can be connected to a command center via a gateway, access to a dedicated network or a public infrastructure network.Broadbandconnection to high speed vehicles.